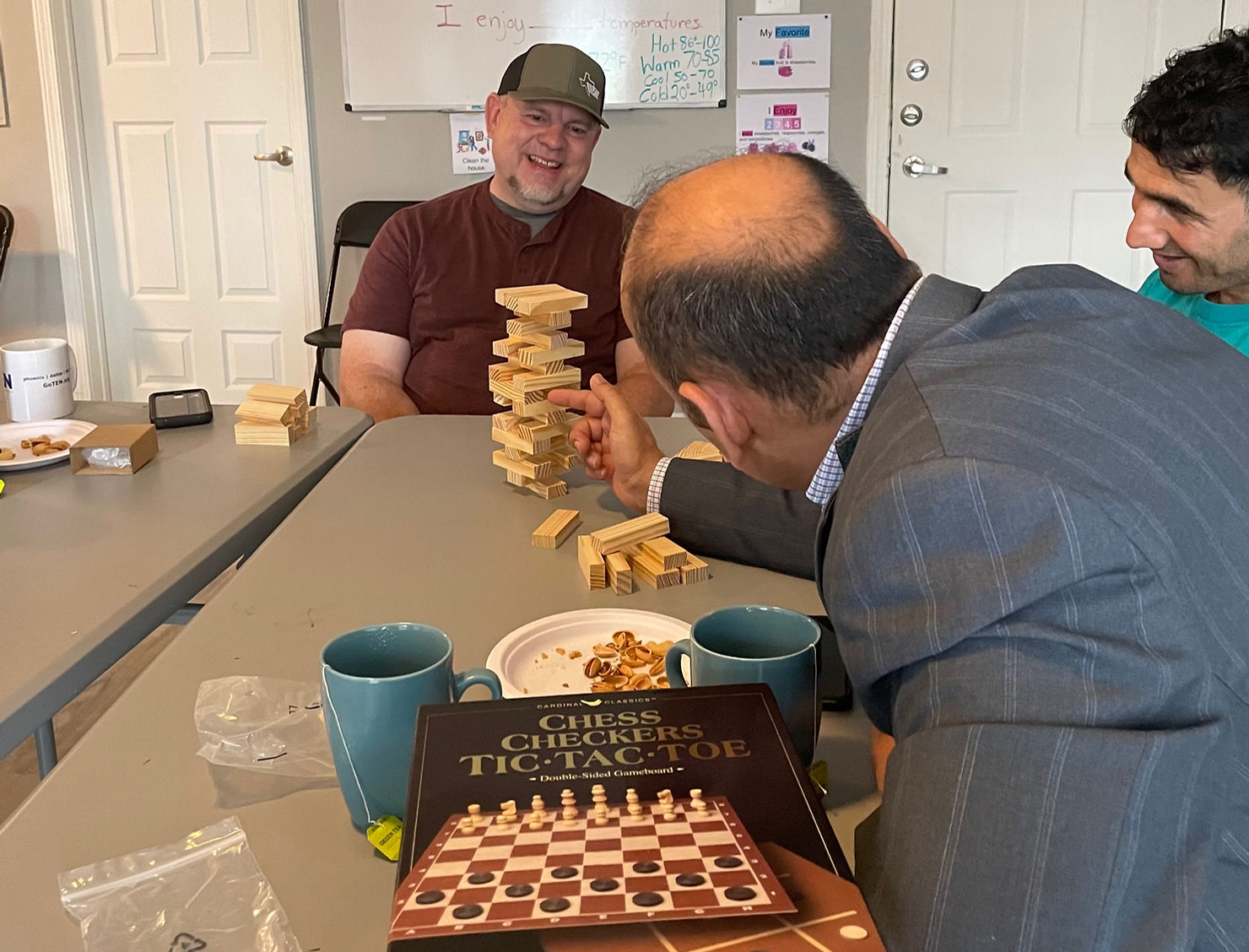 One of a teacher’s greatest challenges is the transition from the student-teacher relationship to the friend-friend relationship. Learning English is often easier when the teacher is a friend. A natural connection makes the difficulties of learning this difficult language much less discouraging.

As the Spring semester in Dallas drew to a close, a natural opportunity arose for Trey and me to further our friendship with three of our most consistent students. As we gathered for tea and snacks, the simple fun of universal games filled the breaks in conversation generated by language barriers. That day, we also discovered that we had a chess master in our midst. For the afternoon, Mohammed (name changed for his security) became the teacher and we became the students as he showed us the ins and outs of chess. No one could beat him, but we sure enjoyed learning all we could. It was easy to tell that playing the teacher role rather than the student role for a while was something that Mohammed took pride in. I could certainly see him sharing his love for learning and helping other Afghans learn English as he learns more himself.

The day finished with Trey and I handing out certificates of completion of our level one English program, and as a student received his, he referred to us as “my friend” rather than “teacher”. We felt that our goal was accomplished: teacher to friend. We both look forward to seeing our friends continue to grow in their communication abilities over the summer.